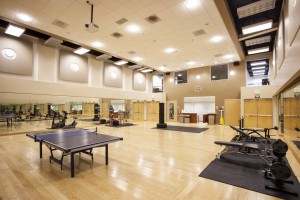 As the new year takes shape and earnest looking forward begins, conversations will center on emerging products and trends. Technology usually devours a lion’s share of focus, whether it’s one of 15,000 apps added globally every week or an evaluation of cloud providers. Yet, this may be one of the few articles you may read that won’t discuss or recommend technology. That’s because good cost estimating isn’t even mildly reliant on software.

When a long term architectural partner Peter Bena of Bena Design Partnership said that Caliber’s cost estimates were the benchmark he compared other bids against, we decided to reverse engineer and take a long view from the beginning. In perfect Dr. Seuss fashion, it became clear that the “when” and “what” are the bridge that carry cost estimates from good to great.

We’ve learned that the questions you ask and when you ask them is not a matter of company style or preference. Better construction outcomes are born out of asking the harder, right questions in the beginning. During the “getting to know you” stage, when it can feel safer to focus on pleasantries. Going deep when it feels easier to stay light.

Better construction outcomes emerge from knowing when to lift up and look under an assumption, when to dig around a specification (because it’s where hazards hide), and knowing – then raising up – alternatives in the pockets where cost savings are often poised to be discovered. Instead of asking when an issue threatens the project, especially schedule, a good cost estimator puts the harder, pause-causing questions out there in the concept phase. When issues are settled early, the team is free to direct their energy and focus on a superior outcome because materials, design and project timing aren’t creating distractions when questions that should have been asked – and handled — earlier were avoided. Intersecting the right questions at the right time is the way the Caliber team consistently vaporizes surprises, eliminates confusion and creates a clear path for the tenant and property owner.

In the end, the mission of cost estimating isn’t really about winning project work. Cost estimating is the first step that takes a project from concept to reality. And taking the risk to ask the hard questions early is what keeps the project progressing nicely later on.